With over 80 attendees a the screening of the film Resilience, we were able to host a good discussion on how the Adverse Childhood Experience (ACES) work can influence the work in Edinburgh with children and families

The panel consisted of:

We asked the panel to give their thoughts on the film and this is what they said.

There are no magic bullets to fixing ACES…we need the resources to really make any changes to people’s lives.

Let’s not put all the onus on the family we need to remember that there are also the structural and government issues, we need to work on policies and legislation. For example we shouldn’t forget the impact of universal credit, use of food banks has increased 5 fold in areas where it has been rolled out.

This film is important because it reminds us that it is valid to consider the long term effects of issues on people’s lives.

The emotional punch at the first viewing of the film shouldn’t be underestimated, and it is useful to watch it a second time – the use of ACES terminology and this film provides those in position to influence hooks to open doors with the policy makers.

We know that it is the little things that make a big difference. How do we get policy makers to listen to people.  Mind the Craic the commission for prevention gives us an opportunity to illustrate this as it develops.

What the audience thought

The film was well received by the audience and everyone felt they had come away better informed.  We asked the audience what they would do as a result of this morning and we have gathered their responses here.

A real emphasis on sharing information about the film with colleagues, remembering to be empathetic, some commitment from people to become that trusted person with whom a strong relationship can form and a lot of commitment to bring people’s “own self” into the work they do. 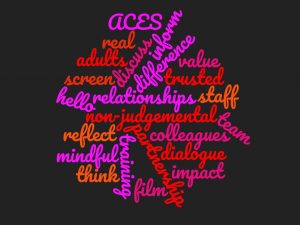 In the next year… 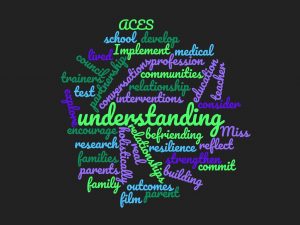